A Right to Mask? 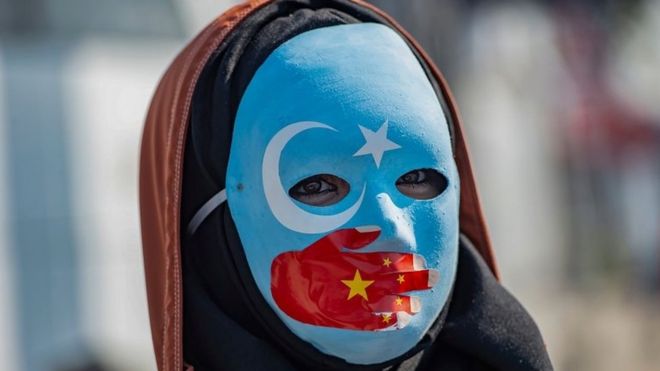 The Hong Kong High Court has recently ruled the Prohibition on Face Covering Regulation (PFCR), the so-called ‘mask ban’, unconstitutional. The ban, which was enacted by the Chief Executive in Council, aims to suppress months-long protests sparked by the Extradition Bill that allows the Hong Kong Government to extradite suspects at the request of Beijing.

The facial covering is defined as“a mask or any other article of any kind (including paint) that covers all or part of a person’s face”. The Government claimed that the mask ban serves to facilitate police investigation and deter violent and illegal acts of masked perpetrators. However, the impugned restriction may amount to grave Human Rights violation if it fails to strike a fair balance between individual and public interests.

The High Court held that Section 3 and Section 5 of the PFCR, which regulates the prohibition on citizens from wearing facial covering and the entitlement of police to ask for the unveiling, failed to meet the proportionality test. Firstly, Section 3 prohibits people from using facial covering at (a) unlawful assemblies, (b) unauthorized assemblies, (c) public meetings and (d) public processions. The High Court reviewed situations (a) but (b), (c) and (d) separately. Regarding the situation of unlawful assemblies, the High Court cited Kudrevičius and others v. Lithuania, a case before the ECHR, which emphasized that Article 11 of the ECHR (the right to freedom of peaceful assembly) “does not cover a demonstration where the organizers and participants have the violent intention”.Hence, the High Court considered that the prohibition imposed fell within the margin of discretion of the Government, without lying an unacceptable burden on the individual.

Furthermore, the High Court cited S.A.S v. France, where the ECHR considered that, in the context of security checks and taking identity photos for official documents, it is essential for States to identify individuals to prevent the danger of safety and property and to combat identity fraud. Nonetheless, the ECHR found that a ban imposed was“regarded as proportionate only in a context where there is a general threat to public safety”. As the French Government obliged all women concerned to “give up completely an element of their identity” with which they manifested their religion, without establishing situations where person’s safety or property was endangered or suspicion of identity fraud was found, the ban was not considered necessary for public safety in a democratic society.

Turning back to the present case, Section 3 of the PFCR—under the situations (b), (c) and (d)—cannot be considered to be proportionate to the legitimate aims. The ban may affect lawful and peaceful public gatherings in any case even other than the Extradition Bill. It may also affect an individual with facial covering for legitimate reasons also, lacking a mechanism for a case-by-case assessment of whether the person will danger the public order. The mask ban, when imposed at unauthorized assemblies, public meetings and public processions, therefore disproportionately restricts the freedom of expression, freedom of assembly, procession and demonstration, and the right to privacy.

Regarding Section 5 of the PFCR, it empowers a police officer to stop any individual in a public place with a facial covering and to require the person to remove it, when the officer reasonably believes that the facial covering is likely to prevent identification. In this instance, the High Court cited S.A.S again, underscoring that the request of the unveiling should be limited to circumstances only related to specific cases that constitute a risk of public safety or order. The High Court considered that Section 5 may “be used by a police officer for random stoppage of anyone found wearing a facial covering in any public place”, and therefore violated the right to liberty, the right to privacy, the freedom of expression and the freedom of movement.

To sum up, the Hong Kong High Court considers it disproportionate to arbitrarily ask individuals to remove facial covering “even in the prevailing turbulent circumstances in Hong Kong”. As stated, if there is no evidence of danger or violent, people should have ‘the right to mask’ at demonstrations to express their concerns towards policies, which is an important factor in a democratic society.